It has taken me a long while to get around to part two of this amazing trip. I am working on a few other projects at the moment, which means the blogs may be slightly less frequent. This blog begins with a photo of a poppy, in honour of Remembrance Sunday and Armistice Day. 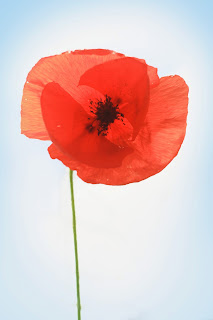 The sound of birdsong woke me at around six in the morning. The melodic and flutey tones of the blackbird and the chirpy song of the robin, backed by the sweet sound of tits calling as they made their way through the branches. I opened my window to the damp and cool forest air and let it drift into my room. It was time for an early morning walk up the mountainside into the pine forest that surrounds our camp.

Droplets of drizzle precariously clung to the sharp, needle-like leaves of the pine trees. Fungi burst through the undergrowth and the rotting remains of wood, as they attempt to spread their spores across the forest.

The forest felt peaceful. I caught a glimpse of two red deer hinds as they momentarily froze upon discovering Sky and myself clambering our way through the forest. They soon dashed off through the clearing far quicker than I could ever follow.

Back for an early lunch, before heading off to a distillery. In fact, potentially the worlds smallest legal whiskey distillery - Edradour. For an afternoon of learning and drinking. We are in Scotland after all...


Prepare for some number-crunching statistics!

Amazingly, Edradour make in one year what Glenfiddich make in just three days. Despite this, Edradour still use 6,000 litres of water per day. If these stats are correct, and my math holds out, after a quick calculation, Glenfiddich would use around 730,000 litres of water a day. This is equivalent to 266,450,000 litres of water every year. I will repeat that; that is over two hundred and sixty six million litres of water. A year. For whiskey. That is enough water to make over 100,000 kg of rice a year. And that is just Glenfiddich. It really does make you wonder about the state of the world we live in. Of course, they did not elaborate on their use of water resources in quite so much detail on the tour.

We had a slow start to the next day. And planned to climb the nearest peak from our camp. We got ready and steadily made our way up through the mixed broadleaf woodland, fungi littering every corner of the damp forest floor.

We decided to go off the beaten track in an attempt to make it to the peak. In doing so, we were rewarded with incredible views of what felt like a prehistoric forest, and squelched through clearings glistening with soggy mosses, small oozing streams, rich green grasses tipped with golden brown blades and the pink and purple flowers of the heather. A fair few of what looked to be fox moth caterpillars, fed among the heather. 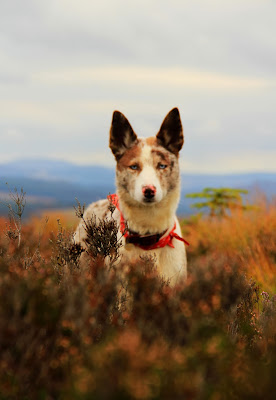 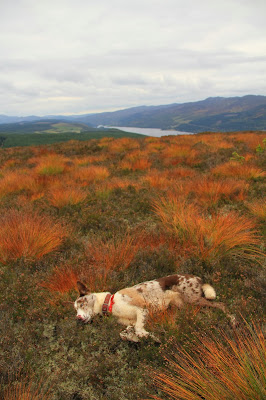 Sky at the highest point this side of the valley

As a result of our venture into unexplored and unpaved lands, we were inundated with a small parasite - the tic. I first felt an itching sensation just under my belly button. And sure enough, upon inspection, a small black body sat with its head buried into my skin and its legs waving in the air. The dogs were riddled with them too. A couple of quick phone calls to good friends Dr. Ripley and Timmy P (thanks guys!), gave me the confidence to handle the situation. Funny enough, the tic decided to make its own way out of my stomach and started crawling around, so I removed it and carried on with the walk. As far as I am aware, that is the first time I have ever been parasitised.


Before heading home, we visited Pitlochry. And we had our first red squirrel sighting of the entire trip, as the little rodent sat by the side of the road collecting food. Where the loch has been dammed, they have built a fish ladder, enabling the salmon to make their way up and around the dam. A brilliant idea and one I was intrigued by. Over 1,000 salmon had been through the ladder that year, and we were lucky enough to see one half way up the ladder in the  viewing window. Beautiful fish.

Any river good for fish, is going to be good for fishing predators. A heron sat on the opposite side of the River Tummel, watching the river as it flowed past.

The journey home was a long one. In terms of wildlife, I did not manage to see any of the Scottish big five properly, but I had an incredible time, and got to enjoy a taste of this beautifully vast landscape. I will end the blog of the trip with my personal favourite photo. It is of Sky, half way up Ben Nevis. Looking down in the hope of spotting sheep...

I mentioned at the start of this post about some new projects I am working on.  I have decided to take a new direction into territory that I have no proper experience in whatsoever. All will be revealed soon for those that are interested!

One final photo: A shy hedgehog feeding in the garden behind the old empty plant pots, as it attempts to fatten itself up for the hibernation ahead...

Thank ya'll for taking time out of your lives to read the blog, or simply look at the photos.