“The architecture of geology holds for us mere humans some of the greatest stimuli in our lives. Rivers and waterfalls, along with mountains, have the greatest impact. For those of us who are impressed with these things, and we are legion, it is a lifetime love affair. There is an irresistible urge to stop at any spot where there is moving water.” Tony Wilkinson, 2005

For me, I would have to include the sea and the Earths great oceans, as well as rivers, waterfalls and mountains. Although it is quite appropriate to find a quote about rivers, whilst writing a blog about a kayak trip from a rivers source, to the mouth where it meets the sea.

It had turned out, that we had set up camp on the edge of a marsh next to the riverbank. Luckily for us, we hadn’t had too much rain during the night, and were awoken by the glorious sunshine. 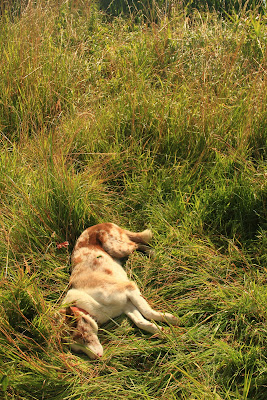 We knew we had to make good time today, and were going to reward ourselves with a quick stroll around Ely for lunch… If we made it on time! This part of the river continued in its sterile fashion. Wide and surprisingly slow flowing. The riverbanks dominated by the pontoons and barriers for the numerous barges and boats that travelled up and down these parts of the river.

Apart from the odd wren and warbler in the reeds, and swan families foraging along the banks, the wildlife was few and far between. Another factor that contributed to this barren feeling was the fact that we were passing through the Great Fens. The surrounding land was flat, and dominated by irrigated fields. Fascinating how they came about, as the same man that designed drainage ditches of Netherlands, designed the thousand drainage ditches here in Norfolk, helping to keep the Fens a dry place. A feat that has taken over 2,000 years to accomplish!

The river felt long, wide, and each and every meander opened up another stretch of river, just as long as the last, just as wide, and just as seemingly sterile. But it is exactly for this reason that this part of the river has been used for centuries as a busy transport route, being used since long before the Romans. A welcoming sight around one of the long meanders… Ely Cathedral! 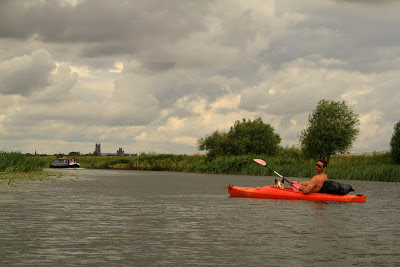 Soon enough, we were coming into Ely, with a newfound determination, and inspiration. Grey clouds and light rain peppered across the grand skyscape. A cormorant, sleeping in the top of an old tree on the riverbank, lifted its head briefly as two red kayaks passed underneath. 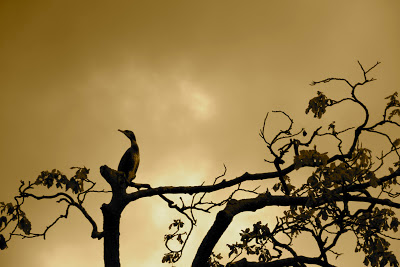 Cormorant in the Tree

I was going to put a photo of Dad and I standing on the bridge looking back down the river in the centre of Ely, but I look like I am riding a rodeo, with my floppy hat and one hand above my head for some reason… I am starting to understand why my old man calls me a moron sometimes! Instead, here we are standing by the Eel of Ely… 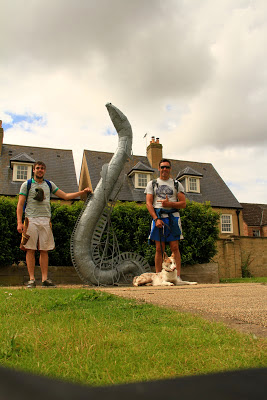 The Eel of Ely!

The city’s name is thought to have derived from the incredible animal itself, the Eel. Eels are fascinating animals, having quite the complex life. These animals will live and feed in our rivers until they are about 10 years old, when they undertake one of the greatest migrations on the planet. On dark and moonless nights (my least favorite kind) mature eels make a one-way journey across the Atlantic Ocean, over 3,000 miles to the Sargasso Sea. Here they will breed, and young eels, called elvers, make the return journey back to our rivers to grow. So not only will they complete a 6,000 odd mile round trip in their life time, they will adapt from life in saline water, to freshwater, and back to saline water. In the words of Chris Packham… ‘Twuly Incwedible!’ 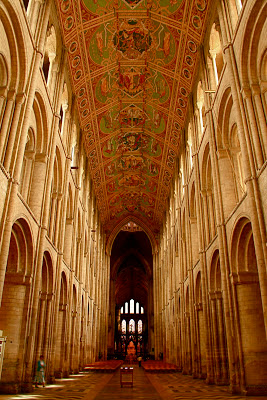 The cathedral is a far more anthropogenic wonder. A flying visit into the entrance, a quick chat with the holy lady about the cost of weddings in the cathedral (not that either of us plan on any form of wedding, let alone a wedding in this place!), and back out of the entrance to grab some lunch and get back on the water.

Loaded with more Mentos, we hit the river for a good three hours. We made good distance, but found the mental challenge of withstanding the burn of kayaking constantly, and watching what appeared to be a never-ending cycle of the same reeds and riverbank passing by, over and over, a difficult one to deal with. This stretch was called the Ten Mile Bank. Which to me, appears to mean ten miles of the same riverbank. We tried singing, which made me frown slightly less than I already was, but yet again, Mentos came to the rescue when we stopped on the banks of The Ship pub. The bursts of fruity flavor, as you suck and chew on the chewee dragues. Ahhh, I will never look at them in the same way again. 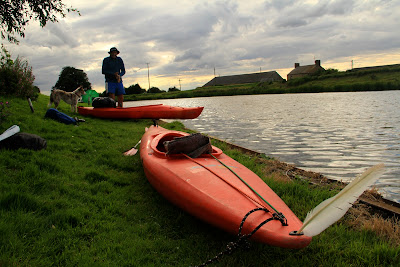 I had found a swan’s feather, and christened the kayak the ‘Red Swan’. Dad opted for ‘Sky Bus’ for his. This is what our conversation and thought processes had come to.

The sky gradually cleared in places, and the river started to become a lot more interesting the closer we got to Denver Sluice. Trees were once again over-hanging the river; kingfishers were darting below the branches, swan families, coots and moorhens in the reeds. 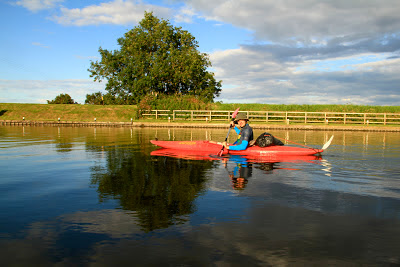 Quite a tranquil part of the river

A mirror calm surface to the water, a still in the air, and the sun dropping down gave us the opportunity to enjoy the surroundings, appreciate the peace, tranquility and halcyon river. The sound of our paddles smoothly breaking the surface, as drips blemished the glassy surface, and we left nothing but the wake behind us. 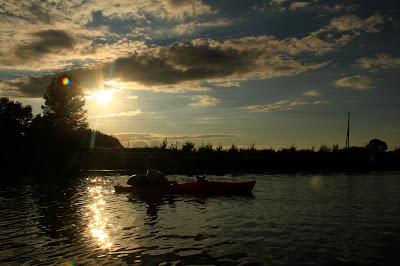 A barn owl quartering across the fens to our right, flew directly across the river in front of us. The reflection of its deep beating wings perfect in the water beneath, golden in the late sunlight.

Around the next bend… Denver Sluice!! The joy was phenomenal. It had felt like the finish line. Particularly as this was the end of the freshwater river, and beyond was the tidally influenced estuary. We knew the next day would be a short, but hard push to the actual finish line. But for me, with the perfect scenery, the end of a mixed day with ups and downs, and the fact this was the true end of the freshwater we had been travelling on for the past four days, this felt like the victory I had hoped for. 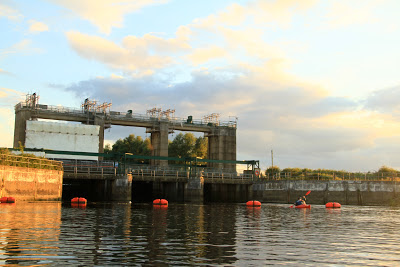 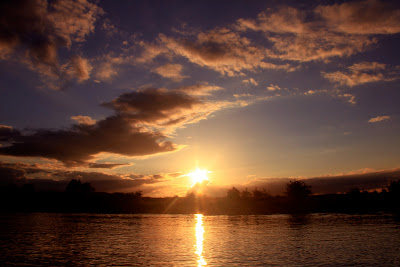 Now to find a part of the riverbank that wasn’t plagued with vicious and deadly ponies, so we could set up camp.

We watched from camp as rain clouds closed in onto us, obscuring the sunset. We fell asleep to the sound of rain beating down onto the canvas of our tent. I was just thankful that we would not have to endure another night of Ainsley Harriots pre-packed boil in a pan cous cous. Even Sky longed for her dry, solid biscuit food from home. 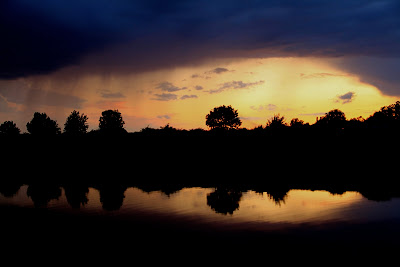 Looking out from the safety of our tent...

This was our last day kayaking. We made the mistake of deciding to kayak on the Relief Channel, to prevent getting caught in any tides that we were unsure of. This meant the river was long, wide and very straight. We passed Downham Market and finally made it to Saddle Bow, just on the outskirts of Kings Lynn. The day was dull, grey and very dank. A bit like the deflated feeling of not being able to get out and down past the lock at the end of the channel and get into Kings Lynn. 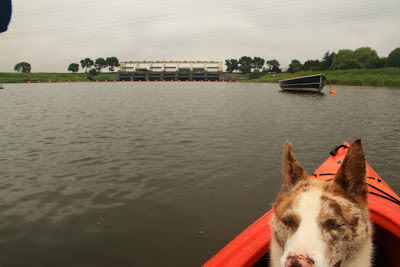 After the elations of last night, this could not feel like more of a let down. A fisherman, who was fishing from the banks of the power plant situated here, greeted us. He was not supposed to be there. After approaching the lock gate too closely, we were obviously not supposed to be there either, as an announcement was made over the speakers, warning us to exit. The fisherman did not care in the slightest that we had just finished a kayak trip about 86 miles long.

“What made yew do that?” 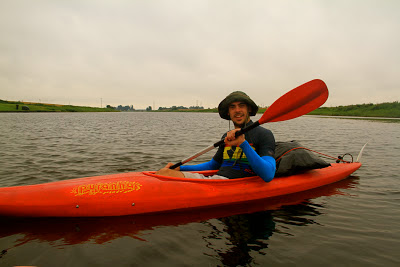 The end of the river!

Anyway, we had finished, exited on the slipway to the power plant, and carried for the last time to the road, where, after a few issues with dads phone, a trip to the police station and a convenience store, Grandad and Uncle Bolla picked us up. 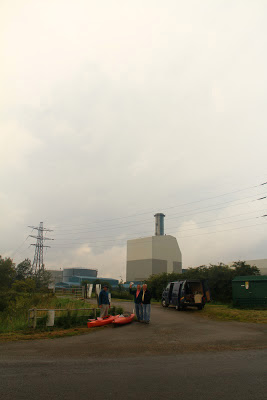 All in all, the trip was incredible. It is just a real shame the end of our kayak trip, on a gloriously wild, seemingly peaceful and wonderfully diverse river, ended on the road outside of a power plant in Kings Lynn.

I will pretend it ended at Denver Sluice, and the fifth day never happened…

Thank you all for reading, I hope you have enjoyed, I shall end with a photo of the incredible wake of a Grass Snake on the Ivel.  There is also an extra special treat on the way (hopefully within the next week) of a video clip that I am sure you will all enjoy as much as I enjoyed filming it… 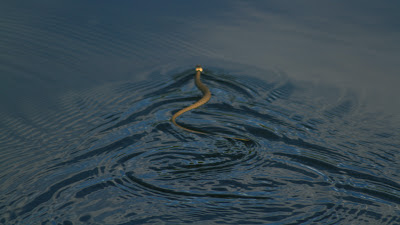