Sun cream. The first day of the trip to Gran Canaria to find and hopefully film angel sharks, included the need to rub sun cream into the three bald patches in my hair on the sides of my head. Thanks to my over enthusiastic sister who rushed my pre-film trip haircut. At least one part of my head had an extremely long tuft, so I definitely didn't need to cream there.

The build up and organisation of the trip was immense, and after months of planning, scrutiny and re-planning, all the equipment, logistics and scripts were ready for the film ahead. 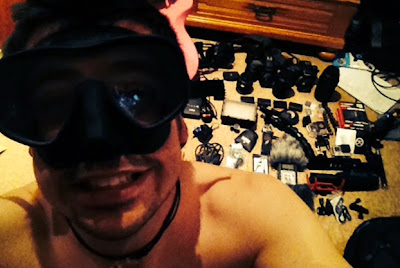 One night and a four-hour plane journey later, we were leaving the hotel, past the pool and to wait by the corner of the palm tree lined road. The morning sun already warm as I squinted my eyes in it's brightness. My old man used to tell me off for squinting. He wouldn't be impressed; the crows feet (I prefer the term bat-wings) from the corners of my eyes now well-defined as I have taken little measures to prevent the need to regularly squint. Swifts screamed and spun on the wing as they looked for nest sites high up on the hotel walls.

The Davy Jones Diving van picked us up, and the search for angel sharks had begun.

After meeting the team, we set the kit up, loaded the small van, and headed to the El Cabron reserve. A vast and barren landscape, windswept with little vegetation and a dark, jagged rocky coastline cutting into the sea. Being an island in the Atlantic Ocean, the winds get pretty high. Which means this jagged rocky coastline gets battered with some fairly strong waves and currents; making for some challenging entry and exits to the water!

I have never been diving in this part of the world, and I was pleasantly surprised at how beautiful and rich the underwater life and landscapes are.

Being close to Africa gives the area a mix of typically North Atlantic species, as well as more tropical-like fish.

Once in the water and relaxed, we began the search for angels. Being a species of shark that is flattened, and buries itself in the sand to lie in wait for prey to swim past, we spent a fair bit of time looking over a sandy underwater landscape, mesmerising with the dancing beams of sunlight swirling across the sea floor.

Cuttlefish, with their insane ability to change the colour and pattern of their skin with pigments called chromatophores, lay invisible on the seabed or on the rocky reef. Completely unnoticeable until they pop up, hover in the water, raise two arms and propel off over the rocky reef and out of sight once again. 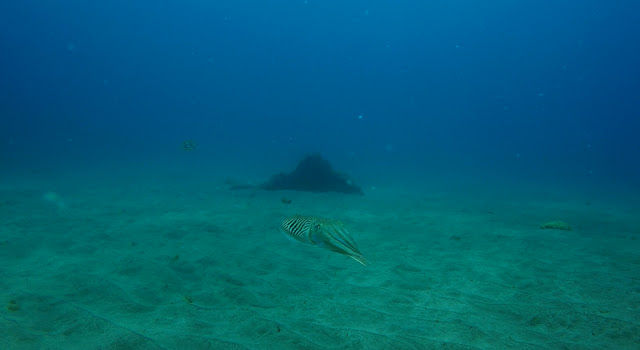 Barracuda always seem pretty chilled. Like they know that there isn't much that can mess with them. Whenever I've seen barracuda, they seem to steadily and confidently cruise past. No fuss. 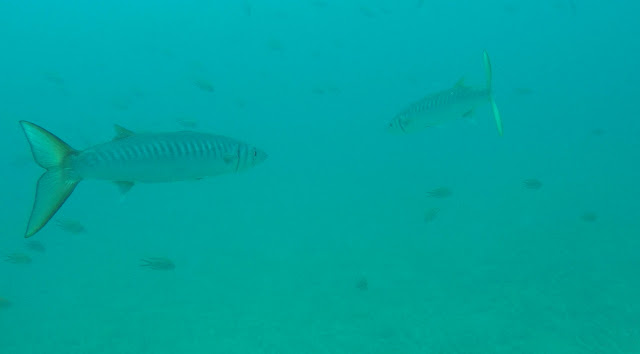 Upon approaching an octopus squeezed into a gap under a boulder, it stretched out its arms, puffed out its chest and pushed itself through the water like a torpedo.

But we had come to film the sharks. The first thing you find are their beds in the sand. The places where they have been laying, with everything buried except their eyes and maybe a dorsal fin or two.


With angel sharks, like all wildlife, it is hit or miss, pure chance, whether you are in the same place as them at the same time. And we can only stay down for as long as our equipment and dive time allows. Two dives a day for four days and, without spoiling too much, we found them. And I could not be happier with our encounters. My mum is not a shark fan, mostly because of their 'black, dead eyes'. Lots of species of sharks have varied and colourful eyes (Although, I admit, the greenland sharks eyes are pretty freakish: link greenland shark photo). And angel sharks, in my opinion, have one of the most beautiful eyes of any fish I have seen. Almost golden with camouflage and a thin slit for the pupil, their eyes are an extension of their bodies colouration. 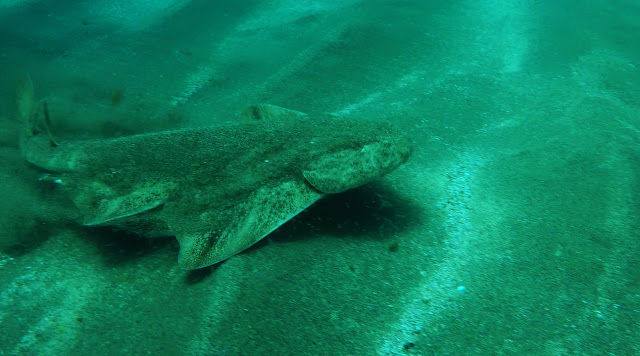 Angel sharks are one of the rarest sharks in the world – wiped out from the majority of it's range across Europe. As part of the film, we met with some great dedicated scientists and conservationists for interviews, set up to study and ultimately help conserve angels sharks, as well as other marine life, using a variety of methods.
Please check out The Angel SharkProject, a collaboration between the University of Las Palmas Gran Canaria, the Zoological Society of London and the Zoological Research Museum Alexander Koenig.

We also met with Krupskaya from the ElasmoCan project.


I wanted some visually interesting locations for some presenter led parts of the film. So a long walk in temperatures that reached over 40 celcius to Gran Canaria's very own part of the Sahara desert was due. Maspalomas sand dunes. 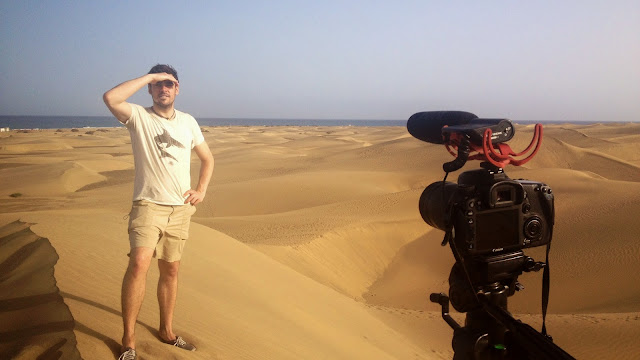 Being close to the equator during summer time, the days felt unusually short, with sunrise at 07:30am and the darkness setting in well before 09:00pm. Every night we would walk the length of Playa del Ingles to get ice cream. And indulge in a bit of feral cat watching. 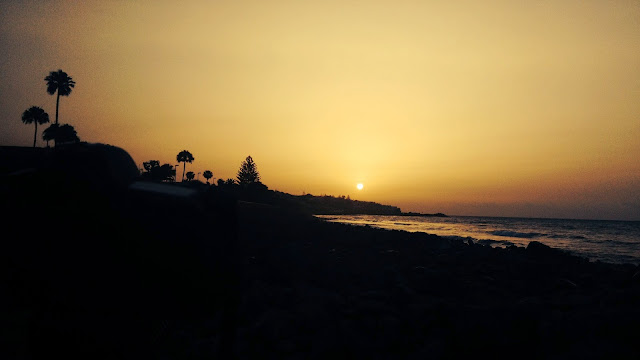 I didn't see a single lizard on this part of the island. Could the high cat and low lizard populations be linked? Or maybe the habitat for lizards is poor, I am not so sure. 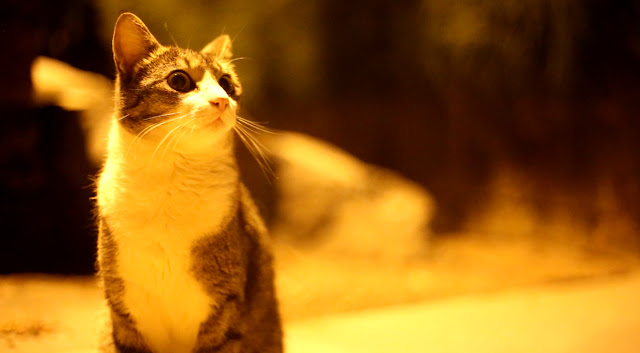 A heap of thanks go to everyone involved at Davy Jones Diving. While I was there, we put together a little promotional video for Davy Jones. Check it out below...